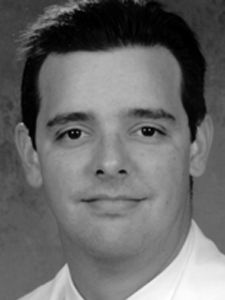 The Morbidity & Mortality Committee has worked this year to improve the ease of use, utility, and relevance of the SRS M&M database. The database is central to the goal of determining the rate of complications associated with the surgical treatment of spinal deformity, and the committee owes a debt of gratitude to the Fellows of SRS, whose enthusiastic participation in the submission of their case data has made the database the success that it is.

Speaking of participation, in 2015, 735 of 874 (84%) fellows submitted a total of 48,366 cases. Participation in data submission has varied widely over the years, but 2015 has been the most participative in the last three years. We still had a group of 99 Active Fellows who decided to pay the $300 research fee and not submit; however, the committee would much prefer to have your data than your money, so please do not let your desire to contribute financially to the SRS’s research mission dissuade you from submitting your data!

This year, members who did not submit cases by the deadline were asked to complete a survey to receive an extension to submit data. 34 Active Fellows and 20 Candidate Fellows participated in the survey and took advantage of the extended deadline to submit data which was key to increase submission rates for this past year. The survey asked five simple questions to help us learn why members did not submit by the April 1 deadline and also to help us improve users’ experience with the M&M site. The value of the SRS M&M database depends completely on participation by SRS members. To that end, the committee eagerly seeks feedback from the membership on ways to improve the ease of data submission and enhance the accuracy and validity of the data submitted. As part of the M&M submission improvement plan, we will now send reminders on a monthly basis.

In regards to the Request for Proposals, so far we have received and approved two requests in 2016.

Thank you for all who diligently submit their M&M data reports!