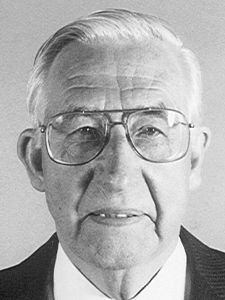 Gordon W.D. Armstrong was born to missionary parents in Hong Kong in 1923. His family returned to Canada in 1927 when his father was stricken with malaria. This early exposure led to a lifelong connection with China. Dr. Armstrong received his Doctor of Medicine degree from Queen’s University in 1947. During his residency at the University Toronto he was exposed to spinal surgery through Robert I. Harris, Fred P. Dewar and Ian Macnab. Further study with J.I.P. James at the Royal National Orthopaedic Hospital in London, England stimulated his interest in spinal deformity surgery. From Sir Herbert Seddon, he learned anterior approaches to the spine.

Dr. Armstrong returned to Ottawa to begin practice at the Ottawa Civic Hospital in 1953 and practiced there until his retirement at 65 years of age in 1988. Between 1975 and 1987 he served as Chief of the Division of Orthopaedics. In 1963 he traveled to Minneapolis, MN to learn Harrington instrumentation from John Moe. This truly began his career as a spinal deformity surgeon. He was a founding member of the Scoliosis Research Society (SRS) and its President in 1980-81. He also served as President of the Canadian Orthopaedic Association from 1984-1985.

While in practice in Ottawa he met Molly Burnett, an x-ray technician, at the Ottawa Civic Hospital. They wed in 1955 and remained married for 63 years until his death. They had five children: Doug, John, Jamie, Mary Jane and Beth. All three boys became physicians, Doug becoming a pediatric orthopaedic spine deformity surgeon.

Always an innovator, Dr. Armstrong had a long and fruitful relationship with the National Research Council of Canada. Together they developed a transverse loading system for scoliosis surgery, a machine for the use in Moire topography, and one of the first anterior spinal plates. He started taking spine fellows in 1976 and trained twelve fellows in addition to five Chinese fellows who were funded by the Canadian International Development Agency.

Dr. Armstrong maintained his close ties with China and in 1980 was asked to operate on Deng Pufang, the son of the Chinese leader Deng Xiaoping. Mr. Pufang was a victim of the Cultural Revolution and had become paraplegic by mob violence. He was secretly flown to Ottawa for surgery. This led to a formal collaboration between the Ottawa Civic Hospital and the Beijing Union Memeorial Hospital. Fourteen Chinese doctors of various medical specialties were eventually trained in Ottawa.

A true giant in spinal deformity surgery, Dr. Armstrong remained humble and self effacing. He possessed a sneakily quick, dry sense of humor. He was always kind and caring towards his patients. He and his wife treated his fellows like family, adopting them into their orbit, being truly interested in their children, and inviting them to their house for dinner or out to the family farm in Smith’s Falls. There was always a visiting retinue of Chinese doctors and researchers who they also took under their wing. 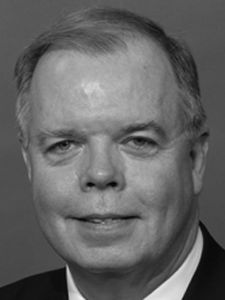 Robert “Bob” M. Campbell, Jr. passed away peacefully on July 29th, 2018 surrounded by his family. Though he battled illness for years, Dr. Campbell was a true warrior for his family and patients, caring for children until just a few days before his death. His innovative thought-leadership and inventions changed the world’s approach to children with complex, life-threatening spine and chest wall deformities. The essence of Dr. Campbell’s contribution to pediatric orthopaedic surgery is this paradigm shift: the focus of treating children with complex spine and chest wall deformities should be on pulmonary function, not on the major curve angle measurement of their scoliosis. His tenacious drive to evangelize the critical importance of preserving or improving pulmonary function, and his success inventing devices to support spine and chest wall growth, explain why colleagues refer to him as “the Charnley of early onset scoliosis”.

Born on May 7, 1951, Dr. Campbell was raised in Nashville, TN, graduating from Father Ryan High School in 1969. He matriculated to Vanderbilt University where he played football (“I was the smallest linebacker in the SEC”), then transferred to Johns Hopkins University, graduating with a BS in Natural Sciences in 1973. After completing Georgetown University Medical School in 1977, he did his surgical internship at Tripler Army Medical Center in Honolulu, Hawaii, then his orthopaedic residency at Fitzsimmons Army Medical Center in Aurora, CO. After four years of military service at Kimbrough Army Hospital in Fort Meade, Maryland, he completed a pediatric orthopaedic fellowship at A.I. DuPont Hospital under the tutelage of G. Dean McEwen.

In 1986, Dr. Campbell began his career at Christus Santa Rosa Children's Hospital/ University of Texas San Antonio, rising to Tenured Professor and holder of the President's Council/Dielmann Chair in Pediatric Orthopaedic Surgery. In 2008, he was recruited to the Children’s Hospital of Philadelphia (CHOP) to take a leadership role in the rapidly growing multi-disciplinary Thoracic Insufficiency program. In 2009, he launched CHOP's Center for Thoracic Insufficiency (CTIS), attracting infants and children from around the world, many of whom were told "nothing can be done". He grew the team approach to care, collaborating closely with pulmonologists, thoracic surgeons, intensivists and radiologists to optimize treatment of children with severe spine and chest wall deformities.

Dr. Campbell invented the VEPTR (Vertical Expandable Prosthetic Titanium Rib) device, taking a customized solution for a single child in San Antonio in desperate need of chest wall support through conceptualization, fabrication, testing and the arduous regulatory pathways of the Federal Drug Administration. His invention became the standard of care throughout the world for children with severe deformities of the spine and chest, saving or extending the lives of children with previously untreatable conditions. From 1991-2004, he led the FDA Feasibility Study: Thoracodorsal Reconstruction in Children with Vertical Expandable Prosthetic Titanium Ribs, IDE #G900179, travelling worldwide to train surgeons on the indications and surgical techniques to treat thoracic insufficiency using the VEPTR device. One of the least heralded contributions Dr. Campbell made to the field of pediatric surgical care was facilitating new device development through his involvement with the FDA. He leveraged the relationships he built at the FDA to foster countless other devices through the regulatory process. He was named by the agency one of the 30 “Heroes of the FDA”. He made frequent trips to FDA headquarters to advise and educate, and created an annual course for surgeons, scientists, device manufacturers and FDA device personnel to promote mutual understanding. In recent years, the regulatory approval processes have eased considerably, paving the way for a new wave of implants to help children; this is in no small part due to his work, expert collaboration and influence.

Far beyond awards and patents, his patients’ families knew him for his unwavering devotion to their child’s care; the large and growing yearly reunion of CTIS families at CHOP is a testament to the impact he has had on so many. He is survived by his wife Corey and children Abigail and Noah. He is also survived by three sons from a former marriage, Ryan, Sean, and Jake; his sisters, Susan and Betty; his brother, John; and his nieces and nephews, Susanne, Rob, David, and Rachel.  He was predeceased by his parents, Robert M. Campbell and Betty K. Campbell. Dr. Campbell will be dearly missed by his family, patients and colleagues, but he has left a lasting legacy through his ideas, inventions, and the many surgeons and physicians he trained.

“Don’t be afraid to take a chance. It takes someone who can start a marathon without
a finish line. If it’s for a child, it’s worth it. Don’t be afraid. You can succeed.”

As Dr. Campbell’s colleagues and trainees, we are determined to do just as he advised, and build his legacy into something even greater. 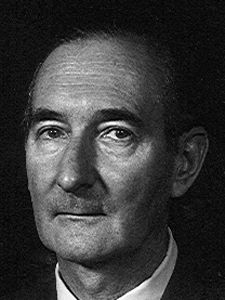 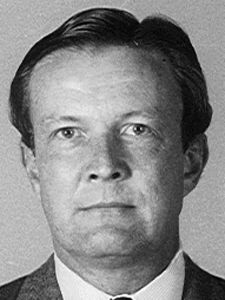 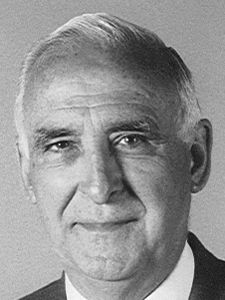 On March 22, 2018, Dr. John Emmett Hall died peacefully in his sleep at the age of 92. To all those who knew him, Dr. Hall was a giant of medicine. His bravery, his desire to advance patient care, his dedication to teaching, his honesty, and his commitment to his family and friends set him apart. I first worked with Dr. Hall in 1980 as a fellow and remained close with him throughout my life. Below are reflections and stories from our 38-year friendship that demonstrate why this man was so remarkable and why we must carry his legacy forward for future generations. 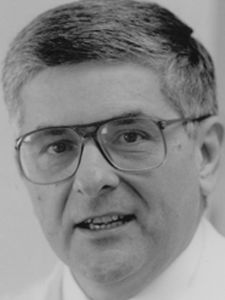 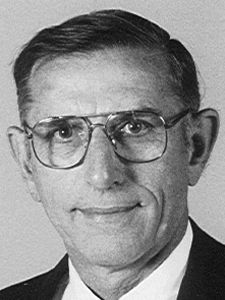