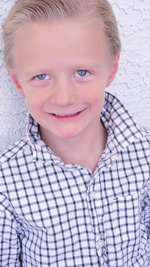 At only six months old, physicians diagnosed Matson with infantile idiopathic scoliosis. Doctors explained Matson was at risk for respiratory problems due to his progressive scoliosis so young in life. After initial bracing treatments were unsuccessful, Matson's family soon realized they needed a scoliosis specialist. This proved tedious as their health insurance plan did not allow out-of-state treatment and he would need to travel San Diego, California for the appropriate care. With the help of their local specialist in Nevada, the specialist in San Diego, and his family’s persistence, Matson was allowed to proceed with his treatment in San Diego. 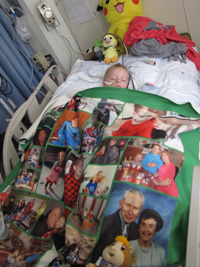 Matson's initial surgery placed growing rods with limited fusion only at the anchor sites. The surgery was a success with the limited complication of superficial healing issues that healed with medical management only. Since his initial surgery in March 2010, Matson has had four successful lengthening surgeries to continue the straightening of his spine as he grows.

Both Matson's parents and his medical team are hopeful that his lungs and spine will continue to develop normally and he will be able to live an active, healthy lifestyle.

To learn more about growing rods, check out the following resources: 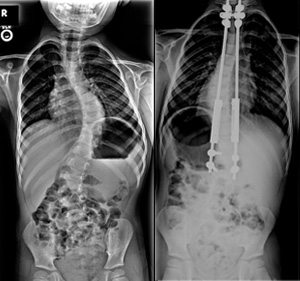 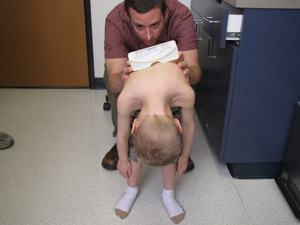