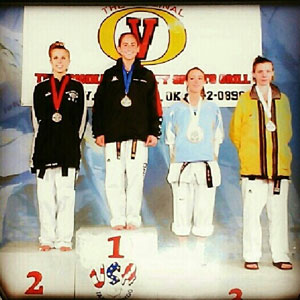 Prior to surgery, at the age of 13, Megan was number one in her division in Missouri in Full Contact Olympic Sport Taekwondo. She also had scoliosis.

In December of 1988, Megan had scoliosis surgery. Only the thoracic (mid back) curve was operated on to allow her spine the flexibility needed to return to competitive Taekwondo. 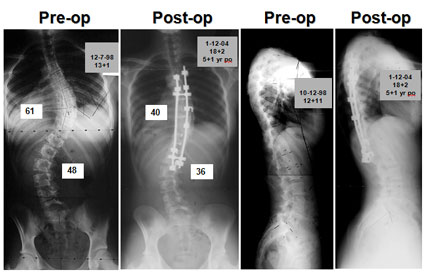 Just two years after her surgery, Megan wins the World Martial Arts Black Belt of the Year Award! And she didn’t stop there. Between 2001 and 2005, she participated in Regional, State, National & International competitions winning 27 Gold and four Silver medals, was a Quarterfinalist in US Open (International - 2002), was invited and joined Elite Taekwondo Team Houston, the Best team in the country including the US Olympic Coaching Staff and three time Olympic Gold Medalist Steven Lopez. In 2004-2005, Megan was training with Elite Taekwondo 6 hours a day, every day, full contact while attending Rice University. She became the #1 Junior and #2 Senior in the country.

...And 13 years after her surgery, Megan is still extremely flexible. 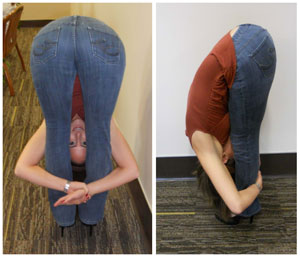